Hidden in the south of Italy, in Puglia, is a region called Salento.  Full of Olive groves and vineyards it is relatively undiscovered by tourists.

Here the water is crystal clear with beautiful beaches and countryside.

Puglia is the unspoilt ‘heel’ of the country, known for its great weather, beaches and vegetation typical of the southern MediterraneanSalento, is pretty special, full of southern Italian ebullience and a heady mix of traditions with Greek and Roman influences.

Salento has beautiful beaches and seaside and we are only 20 minutes from Otranto, Gallipoli, Porto Cesareo and Torre del Oro. Fabulous beaches on the Ionian Coast and stunning rock caves on the Adriatic coast. We are very lucky to have the climate for swimming from late April to October.

If you want culture then Lecce is a must see. There  are rich Baroque architectural monuments found in the city and Lecce is commonly nicknamed the “The Florence of the South”. The city also has a long traditional affinity with Greek culture going back to its foundation; the Messapii who founded the city are said to have been Cretans in Greek records. To this day, in the Grecia Salentina group of towns not far from Lecce, the griko language is still spoken. There are also a number of upmarket shops should culture not be your thing!

Cutrofiano our closest town is famous for shoes and pottery. The Coli pottery showrooms offer tours of the factory and typical Italian pottery for sale. 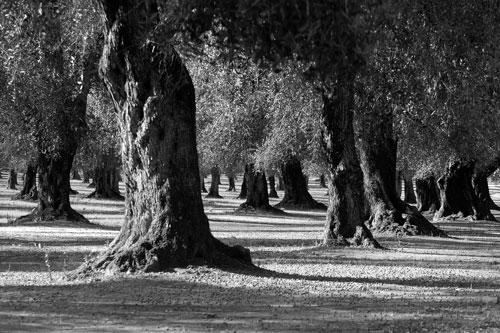 One of the best things about Salento is the number of beautiful towns and villages. Take any town and visit the Centro to see beautiful piazzas with old buildings. The local architecture is often different from town to town.
To the north of the Salento peninsular in ‘Alto Salento’ are Ostuni, Martina Franca and Alberobello and this is ‘Trulli’ country (conical stone dwellings). This is the most developed part of Puglia with more tourists and higher prices.

Of course when you visit Italy one of your priorities is to enjoy good food and good wine. Salento is no exception, in fact Puglia is known as ‘the garden of Italy’. Local, seasonal ingredients including artichokes, tomatoes, figs, citrus fruits, seafood, wine and, of course, olive oil (Puglia produces about 12.5% of the worldwide olive oil output). There are many great restaurants we could recommend, just be prepared for a lot of food!

Lecce is 25minutes away, the baroque capital of the south. Brindisi is 1 hour and Bari 2 hours.